Why was Gloriana built?

To celebrate the Queen’s Diamond Jubilee and to have a lasting legacy to raise awareness of the River Thames and the sport of rowing, in particular junior or crews from disadvantaged backgrounds.

Is she all wood?

How long did it take to build the barge?

Where was she built?

In a warehouse in Brentford, West London

Where does she live now?

During the season (April to November) she’s based in St. Katherine Docks, London. Her winter home is the PLA yard in Denton. We hope to have a boathouse on the Thames one day…

Does she do anything?

Gloriana is active attending events up and down the River Thames. We create special events or go to others that have requested her attendance – between 10 and 20 a year.

Who can row Gloriana?

Rowers from schools and clubs who have some basic experience – you may apply via the website contact form.

How many rowers and crew are there?

What are the oars made of?

Does Gloriana have a motor?

Yes, two electric motors powered by Lithium Ion batteries controlled by a computer. They are generally not used when rowers are on board, they’re mainly for getting from one location to another.

How fast does she go?

Gloriana has a very efficient hull shape, based on the Viking long ships and, with a good rowing crew, can go at about 3-4 knots but has been known to go faster. Using the motors and batteries she goes at 5-6 knots for about six hours.

How many passengers can she carry?

Thirty passengers – we find 25 is a comfortable number in the saloon and on deck.

Can I charter the barge?

At present Gloriana is not available for commercial charter. To request for her attendance at events, please contact The Gloriana Trust using our Contact Form.

Is it all real gold?

Yes, it is 23.5 carat gold leaf. Based on traditional techniques a specially designed formula was developed for Gloriana and the wonderful gilding and decorative art works were undertaken by the craftsmen & women of Hare & Humphreys - we don't have to polish the gold - only the brass…

Has HM Queen been on board?

Yes, the day she was presented with and named the barge in April 2012 and again for a private event in the summer of 2013. 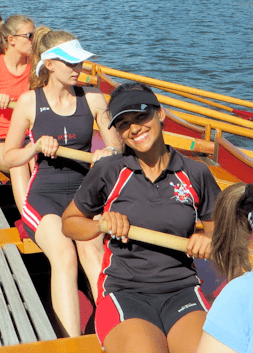 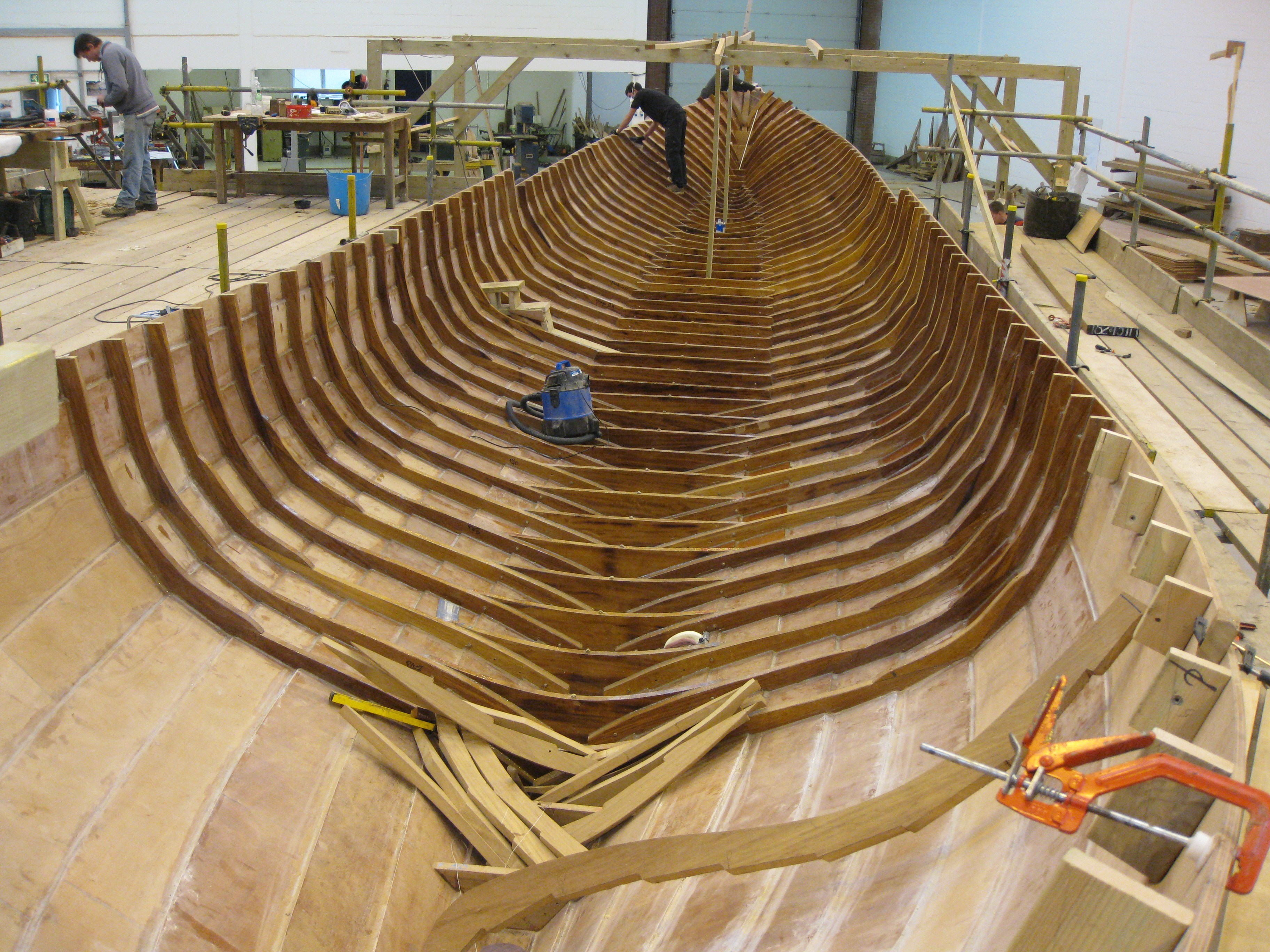 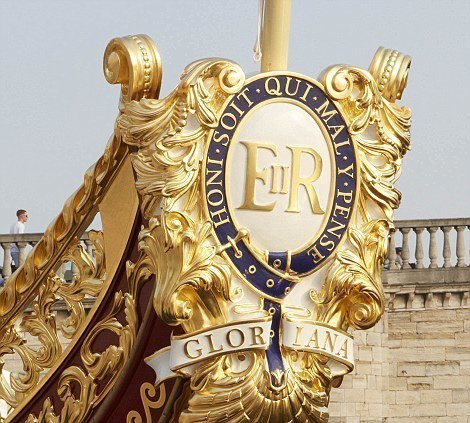 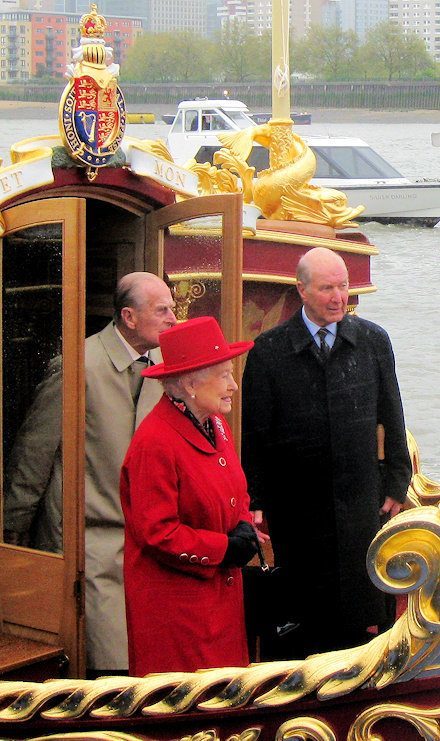